Achieving: A premature explosion in Rochard 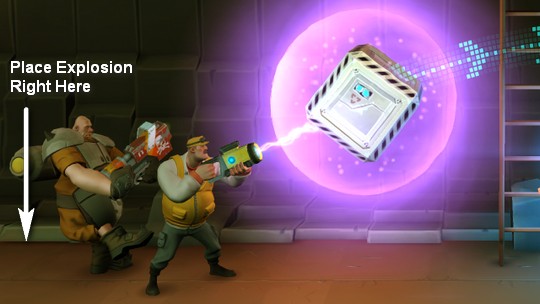 Rochard was part of Sony’s 12 for 12 promotion so I’ve been playing through the full game this past week. There’s a trophy (yes, I can still Achieve on PlayStation 3) for “killing a human enemy with another enemy’s body“. This Trophy would be almost impossible to miss by the end of the game but I happened to unlock it a wee bit early; it turns out that Rochard’s body qualifies as an “enemy”.

Having mowed down a group of dudes I was finishing off a distant security robot. It fell to the ground next to the dead bodies and charged up to explode. My ill-timed jump put me in proximity of the robot’s blast damage which took my health down just low enough for the body it tossed my way to finish the job. Dead… DING! I’m not sure if it was a glitch but I know this one was way more memorable than it should’ve been.