Tagged: Beyond Good and Evil

UPDATED: Beyond Good & Evil: I caught ’em all 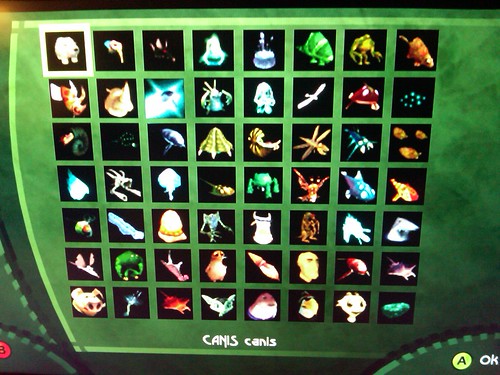 Something I always wanted to do in the original game but didn’t accomplish until 7 years later: photographing all 56 animal species in Beyond Good & Evil! That’s one way to get people to admire your character design, and there wasn’t even a specific Achievement tied to it.

UPDATE: Turns out my memory’s not so great after all. As this screen didn’t seem familiar in the slightest when it popped up the other night I assumed I never photographed all the lifeforms in the original game. I was wrong! I just loaded up the old Xbox and dusted off my save file to find out that , sure enough, I did it in 2003 as well. Still totally worth doing all over again!

Oh, and if you’re as crazy about the game as I am you’ll wanna hop over to SlickDeals.net and grab the free soundtrack, then head to the new official site and plug in your still-functional Internet Code that you get any time you save your game. Not sure what you get exactly but it’s awesome they kept the meta game updated! Ubisoft, what’s the deal with Beyond Good and Evil HD‘s fanart-ish new cover? What was so horribly wrong with the original? I get that the game didn’t sell well in 2003 and you might be thinking it was due to a perceived “lack of action” presented by the box shot. So maybe you wanna jazz it up for the re-release, really drive home that it’s about a girl… with a stick… and, a pig man… being chased by sky cops. Yeah, that’ll help?

The game remains fantastic, a real gem that doesn’t feel as out of place playing it today as most of its contemporaries of the time, but I really, really hate looking at that image every time I’m about to start it up. I would even have bought the Premium Theme to support the game but it’s based on this awkward new art. Errgh, I have to post this already, I can’t stand looking at it any longer.