Ready for a summer of fawning, heartbreak, and resisting the urge to import more junk? Then Namco’s got the goods to tempt your resolve this year! They recently announced a collaboration with Japanese goods-maker Tokyo Pixel that will see all kinds of Namco Museum products released through late July and August. Take a look at the official site where the latest products are up for pre-order and some are already available to buy.

Below is a little gallery of some of my favorites. Given the chance (and potentially unlimited money) which ones would you pick up? 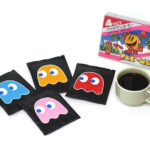 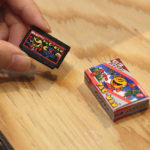 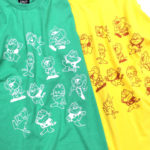 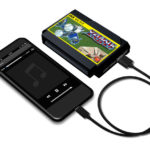 I heard by way of a recent Giant Bombcast that Namco Bandai’s WiiWare release, Muscle March, was originally planned as an arcade game in the 90’s. It would definitely fit the gauntlet of peculiar, colorful and loud arcade machines that lined amusement center walls in Japan. I can see it now; a cabinet shaped like a Protein powder bottle, big vertically oriented monitor, players sliding their arms into a pair of gigantic (and inevitably sweaty) foam muscle arms and posing dramatically as they fired credits into the machine.

That spectacle is exactly what I miss about the arcade and it’s exactly what’s missing in Muscle March. Save your Wii Points for something else because you can get most of the experience by watching the video above. Sure, you’ll miss some of the hilarious settings and background madness (it’s almost Katamari-esque how much visual, physical humor is going on; the music too) but it’s not worth even the five bucks it costs.

Actually playing the game doesn’t make it any more fun either. I expected to be comically striking poses to match the absurd appearance of the game’s hideously muscle bound cast. What I wound up doing was sitting as perfectly still as possible, making the tiniest movements so the game registered one of four specific positions to squeeze my character through the musclehead-shaped wall in front of me. Without even a moderately oversized foam arm in sight there’s just nothing outwardly entertaining about it. Even multiplayer mode requires each person to take turns at preternaturally anticipating what rapidly approaching man-hole they have to match. See, even that last sentence was more fun!

Tiring and uncomfortable, it’s a problem that I’m starting to have with most Wii games. As easily amused as I am by Japanese shenanigans and quirky concepts I’m just tired of Wii motion controls. In a world full of bro-tastic space marines and mythological mashups I love that Muscle March exists outside of Japan. It would just be more enjoyable as the loading screen for a new Ridge Racer than as a standalone game that you have to pay money for.